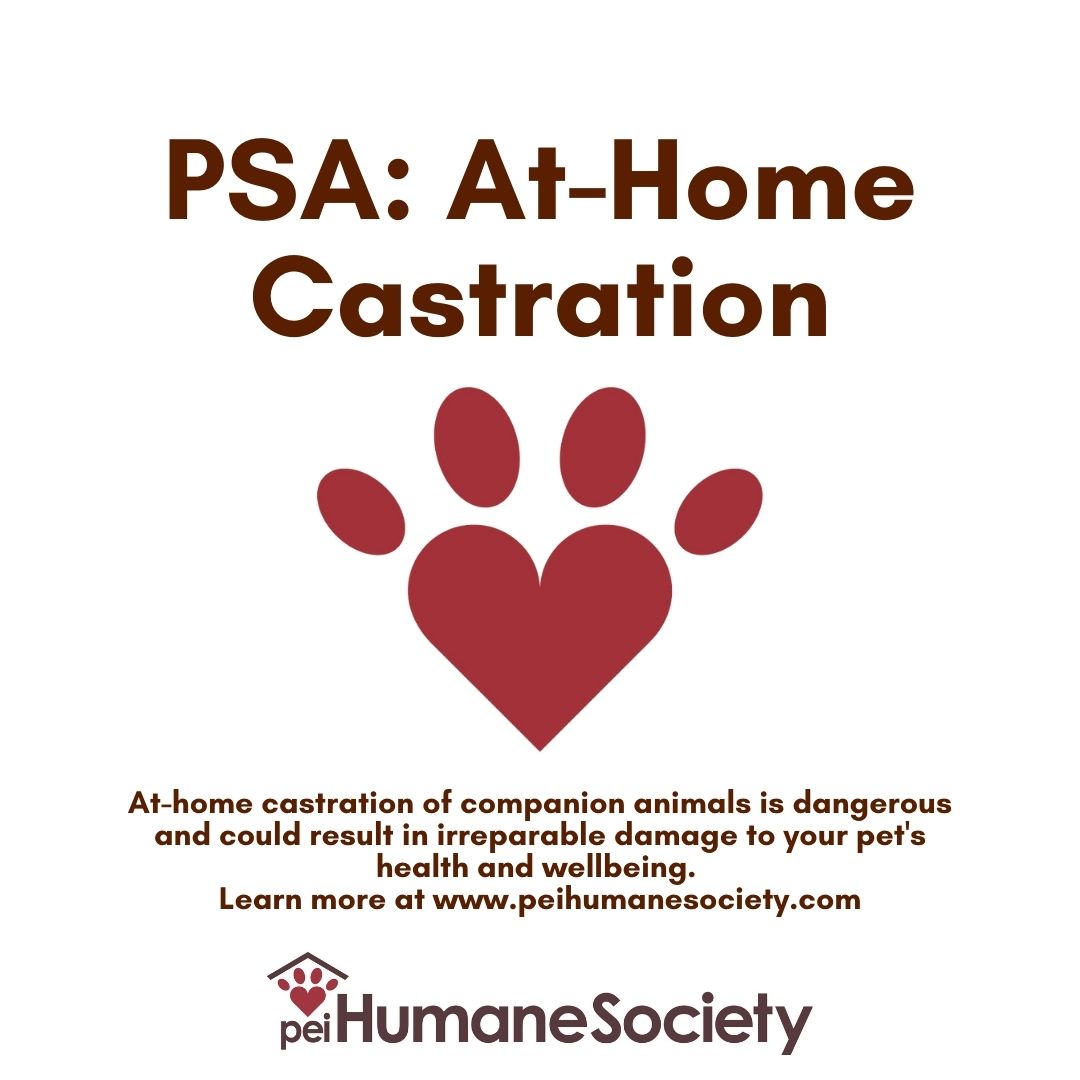 Since the start of the year, the PEI Humane Society has seen an increase in animals displaying signs of attempted at-home castration. The shelter wishes to inform Islanders that the practice of at-home castration could result in the responsible pet owner being charged under the Animal Welfare Act of PEI, not to mention irreparable damage to your companion animal’s health and wellbeing.

“At-home castration of companion animals is dangerous,” says Ashley Travis, Development & Communications Coordinator for the PEI Humane Society, “It’s important that any castration surgery is completed by a veterinarian or veterinary technician. These procedures should never be done using at-home methods.”

Upon noting the increase in animals arriving in the shelter with complications arising from at-home castration procedures, the PEI Humane Society put out a Public Service Announcement for Islanders on social media. The shelter warned that in accordance with the Animal Welfare Act of PEI, pet owners who complete at-home castration of their companion animals could be charged with Torture of an Animal under the Act; Section 1, Subsection 4.

To read the Animal Welfare Act of PEI, CLICK HERE.