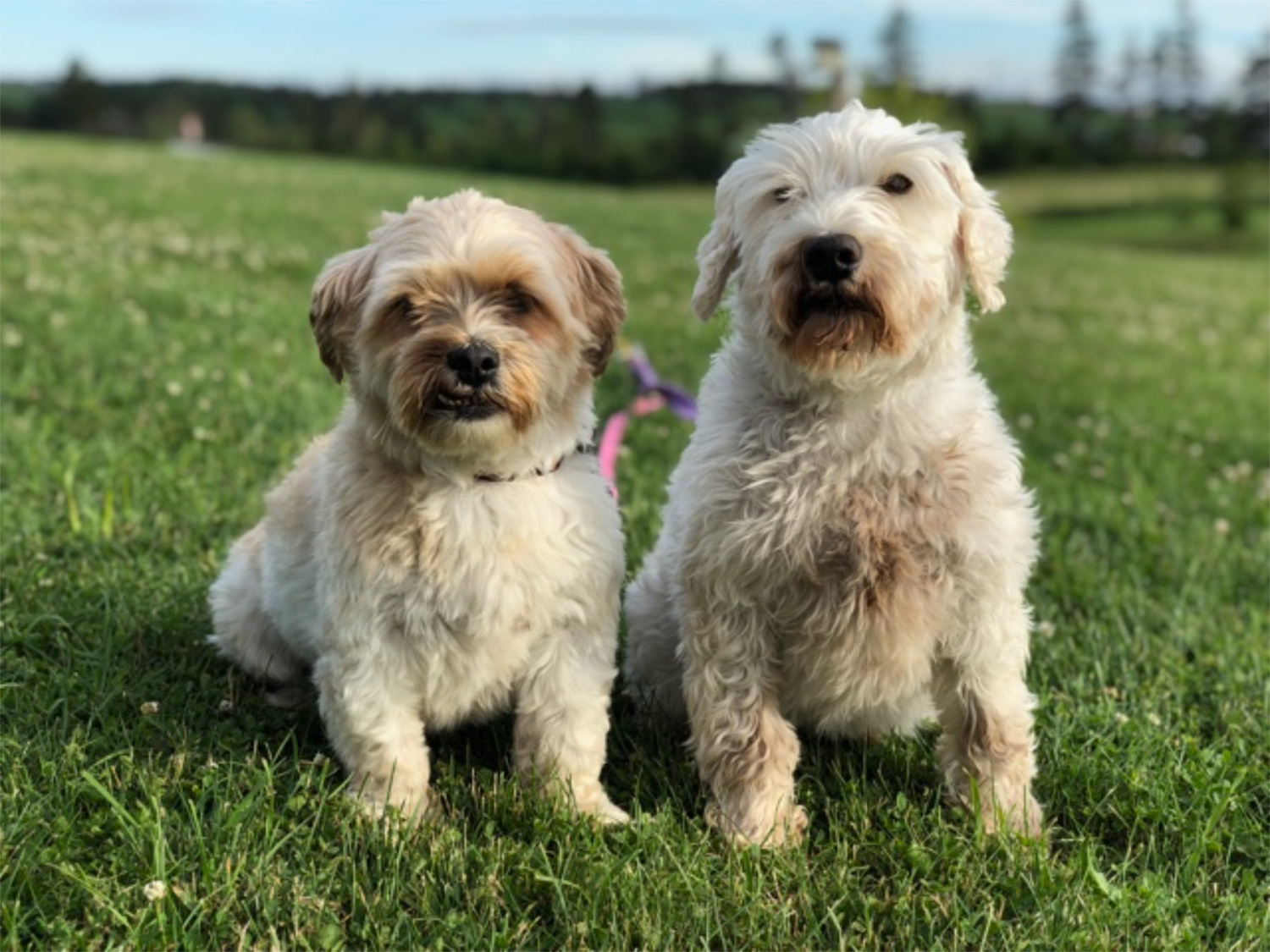 The PEI Humane Society began fundraising to help cover a portion of surgery costs for two senior dogs in their care. Within 48 hours they had exceed their fundraising goal, ensuring both surgeries were fully paid for.

Bentley and Owen are a bonded pair of senior dogs. Both came to the PEI Humane Society in June and were placed into foster care.

After being examined by the PEI Humane Society’s veterinarian, it was determined that both dogs required significant dental care. “Both dogs will need about half of their teeth removed and a serious dental cleaning,” says, Ashley Travis, Development and Communications Coordinator for the PEI Humane Society. “It’s common for dogs of their breed to require extra dental care, but these two will need this procedure to ensure they’re able to live comfortably.”

It was determined that since these surgeries can be so costly, the PEI Humane Society would fundraise to ensure Bentley and Owen’s new family does not need to take on the entire cost of their surgeries along with their adoption fees.

“We posted on Facebook,” says Travis, “We scheduled a post for Saturday morning, hoping it would get some attention over the weekend. And when I came in on Monday morning, it had taken off.”

Travis says that the donations came in so fast that both surgeries were fully paid for by Monday afternoon.

“It was really gratifying to see the public get behind these two. Senior dogs are often hard to place with families and seeing the community support these two little guys made us so happy.”

The PEI Humane Society is once again preparing to launch our annual bake sale fundraiser!   The event, previously known as Cupcake & Bake...