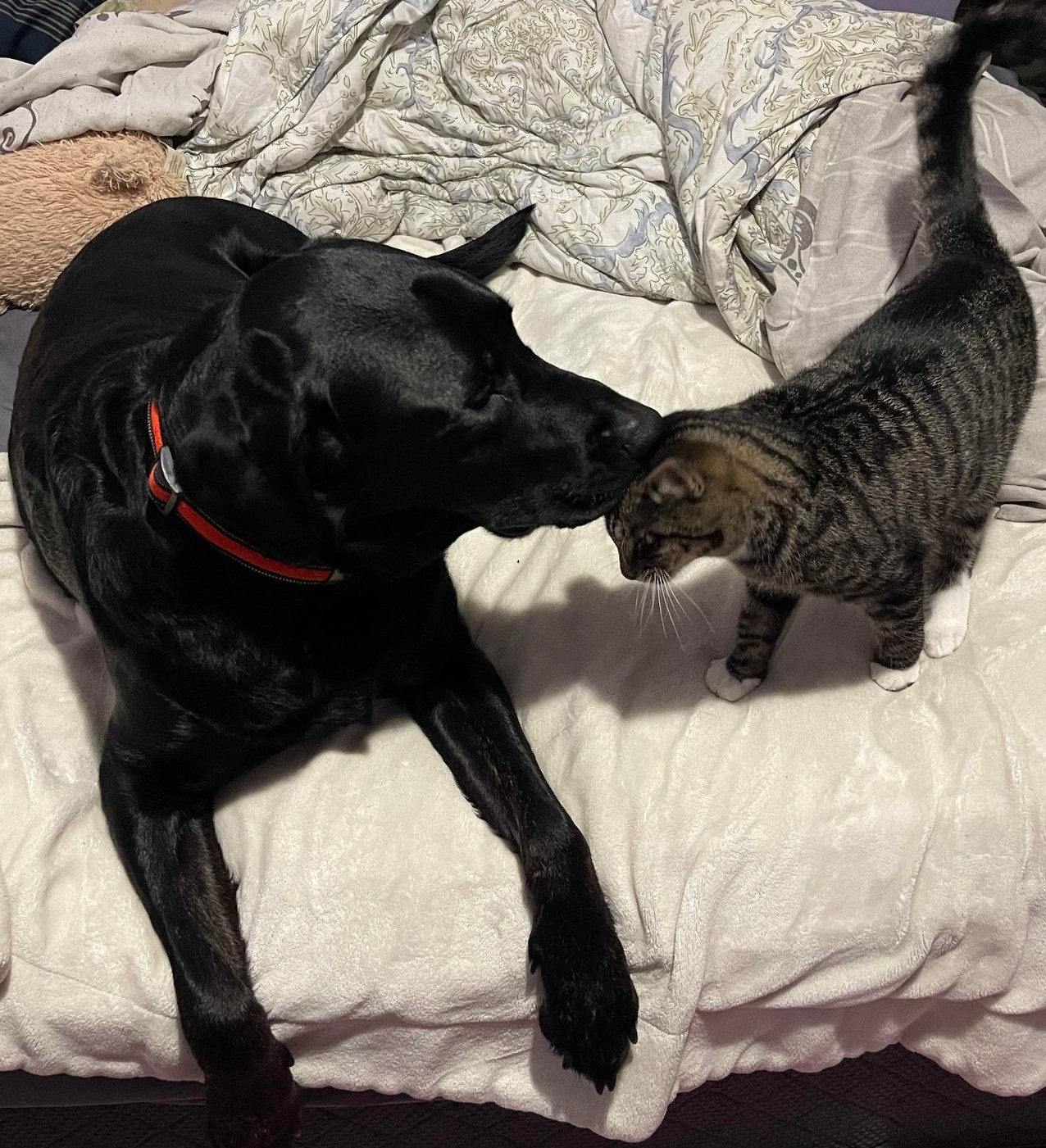 Well, it took EXACTLY one week – almost down to the second from when we took Taco (his full name is Toyota Tacoma but we call him ‘Taco’) home for him to settle into the house.  After what must have been a stressful couple of weeks – Taco became the King of his new home!

Taco loves to play –his favorite toys are his Dad’s slipper, a dinky car and a feather on a stick.  He gets good zoomies going when he knows that his bag of ‘treatos’ are around, he can even make his feet squeak on the floor he goes so fast!  He has claimed the love seat as his own – and wants all his toys on it to play fetch… he throws – you fetch!  A SUPERB snuggler with the loudest motor and if you rub his chin or cheeks he melts like Frosty in the Bahamas!  He does an impression of a winter scarf that is the best especially when you are showing him videos on your phone!

He is NOSEY – he loves TV, watching you do ANYTHING on your phone, cars driving by his window, birds flying by and whatever you are eating!  He has a treat dispenser that he hasn’t quite mastered yet – but has trained all of us to give them to him instead!

He’s fit in like we’ve always been his forever home.  Best surprise ever… and a story that will be told for a while at Charlottetown Toyota and our house.  Taco is one gentle, silly loving kitty and he’s all ours!

I thought you would enjoy a couple of first night pictures of sweet Jada. She is such a playful and goofy girl. We adore her. She had a couple of...

END_OF_DOCUMENT_TOKEN_TO_BE_REPLACED

Well it’s 4 months since I came to my new home!  Some days my mom has referred  me as Titan the Terror but in my defence sometimes they are too slow...